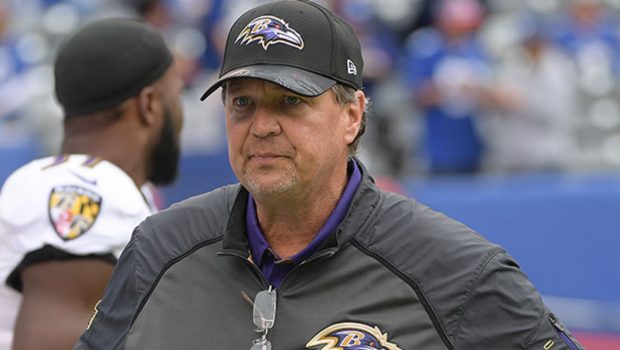 MARTY MORNHINWEG AND THE RAVENIZATION OF EAGLES OFFENSE!

Instead, he has surrounded himself with a boatload of coaches as “consultants.”

Mornhinweg will give Pederson that extra set of eyes he needs. Adding Mornhinweg is an interesting twist for the Eagles, considering he served as the offensive coordinator for the Ravens from 2016 to 2018. He was instrumental with the development of Lamar Jackson in his rookie year, the concepts Baltimore used that helped Jackson become the league MVP in 2019.

“I think from that standpoint it helps from an ideas perspective – how they used Lamar, what they were doing with their tight ends. The run game is a little different and unique than what ours is,” Pederson said, via the Eagles website. “From that standpoint, having that information and knowing that structure can enhance what we’re doing by bringing an idea or two from that system.”

Mornhinweg helped the Ravens offense average 25.1 points per game in the seven games Jackson started, with Baltimore averaging 226.7 rush yards per game and 385.7 yards per game as the Ravens ended the season on a 6-1 run. The Ravens used many of the same concepts in 2019, setting the NFL record for rushing yards in a season with 3,296 and becoming the first team to pass for 3,000 yards and run for 3,000 yards in a season.

Jackson had a historic season for the Ravens in 2019, becoming the first quarterback to throw for over 3,000 yards and rush for over 1,000 yards in a single season. Jackson also had the most rush yards by a QB in a season in NFL history (1,206), leading the league with 6.9 yards per carry and finishing with seven touchdowns. Jackson completed 66.1 percent of his passes for 3,127 yards, 36 touchdowns and six interceptions for a 113.3 passer rating. He led the NFL in touchdown passes and touchdown percentage (9.0). His 43 total touchdowns led the league.

This isn’t Mornhinweg’s first rodeo with the Eagles. He served as offensive coordinator for the Eagles under Andy Reid from 2006 to 2012 (with Pederson as the quarterbacks coach from 2009 to 2012). The Eagles had a top-10 offense in points scored and total yards five times under Mornhinweg, including leading the league in yardage differential in 2008.

Mornhinweg is one of the most experienced coaches in the league and has certainly evolved with the changing NFL. Adding some fresh concepts from the Ravens will expand what is expected to be a new-look Eagles offense in 2020.