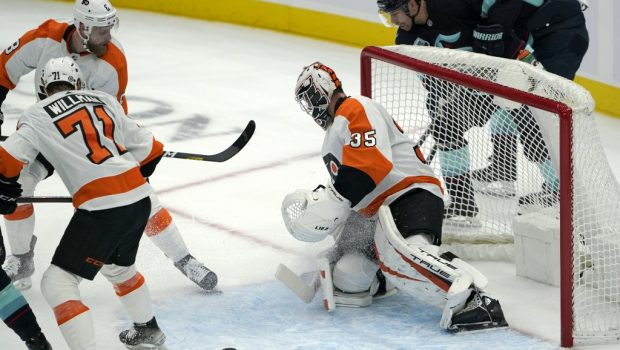 MARTIN JONES WAS JUST AS BAD LAST NIGHT AS THE FLYERS

This game was tied, 0-0, past the midway mark of the second period, but the Isles broke the game open thanks to back-to-back goals from Brock Nelson and Casey Cizikas.

Jones has a 6-6-2 record with a 3.31 goals-against-average and a .908 save percentage this season. The 32-year-old has dropped each of his last three decisions.