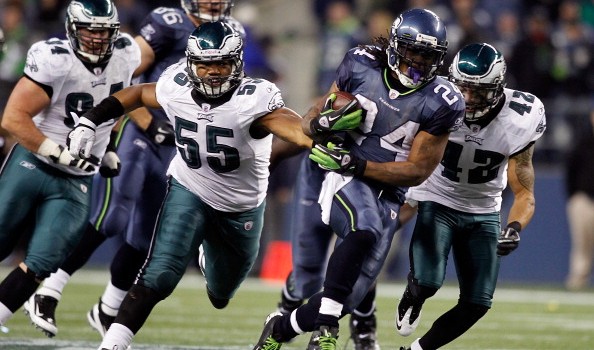 Marshawn Lynch is famous for being a mute in a society that craves talk.

And he has even been fined for it.

But yesterday he opened up about the Seattle Seahawks’ final offensive play in the Super Bowl, telling a Turkish sports network that he was expecting to get the ball on the much-debated play that ended up sealing the New England Patriots’ XLIX victory.

Lynch avoided reporters following the Seahawks’ 28-24 loss and answered just one question about the final play call in which Russell Wilson threw a pass at the 1-yard line that was intercepted by the Patriots’ Malcolm Butler, saying “this is a team game.”

But Lynch gave a thoughtful response to a question about the final play call in an interview with NTV Spor, Turkey’s leading sports network. Lynch is in Turkey, along with former Carolina Panthers running back DeAngelo Williams and Cleveland Browns tight end Gary Barnidge for an American Football Without Barriers camp in the country.

“I had no problem with the decision of the play calling. I mean, you know, I think it was more of a … how do I say this? When you look at me, and you let me run that ball in, I am the face of the nation. You know, MVP of the Super Bowl, that’s pretty much the face of the nation at that point of time.

“I don’t know what went into that call. I mean, maybe it was a good thing that I didn’t get the ball. I mean, you know, it cost us the Super Bowl. I mean, I have full … I have full confidence in my teammates to execute that plan because we’ve done it so many more times. But would I love to had the ball in? Yes, I would have.

During the week leading up the Super Bowl, Lynch made headlines for choosing to respond to questions with a different phrase each day, including “I’m just here so I won’t get fined,” whichhe is currently seeking a trademark on and has filed a request with the U.S. Patent and Trademark Office.