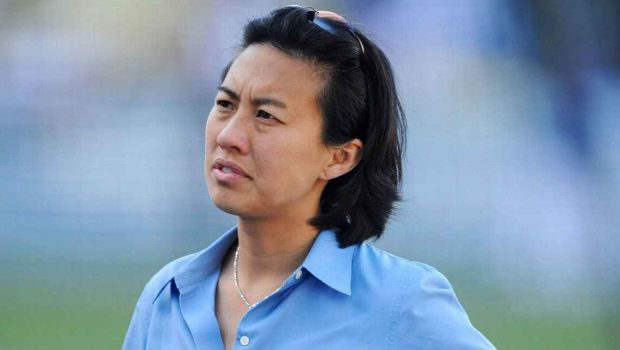 Kim Ng made history today by becoming general manager of the Miami Marlins, the first woman and first Asian-American to ascend to the top post in a baseball operations department.

Ng, 53, served as an assistant GM or in similar roles with the Chicago White Sox, Los Angeles and New York Yankees between 1990 and 2011. More recently, she has worked in Major League Baseball’s central office as a senior vice president of baseball operations.

Before being named GM of the Marlins, she interviewed and was turned down by the Phillies in 2015, San Diego Padres in 2014, New York Mets and San Francisco Giants in 2018. And the Dodgers and two other clubs, at least, in years prior.