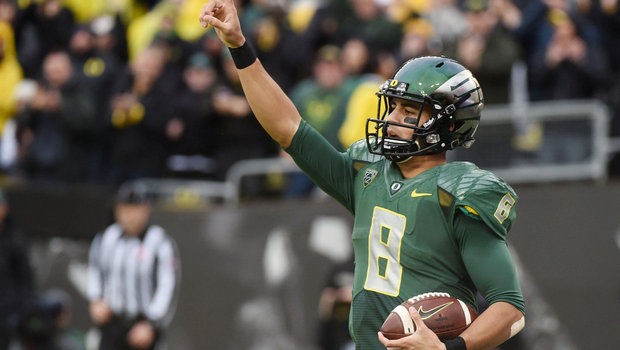 It is well known that Eagles coach Chip Kelly and his staff are not scheduled to speak officially or unofficially to the media at this week’s NFL Combine in Indy.

But NJ.com has provided a list of players who have met with Kelly and his minions:

• OL Ali Marpet (Hobart)
An interesting small-school prospect would could be a potential future replacement for guards Evan Mathis or Todd Herremans. Marpet impressed at the Senior Bowl last month.

• QB Marcus Mariota (Oregon)
…Kelly’s former star at Oregon met with the quarterbacks coach Ryan Day in what was believed to be an informal meeting.