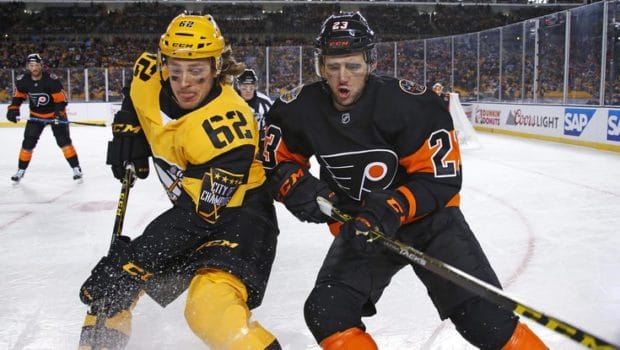 Flyers defenseman Brandon Manning has been suspended for two games just when his team needs him the most.

The NHL put him on ice for interference against Pittsburgh Penguins forward Jake Guentzel in last Saturday night’s game in Pittsburgh at 3:26 of the second period.

The NHL said that Manning will lose more than $10,833 in salary. The money goes to the players’ emergency assistance fund.