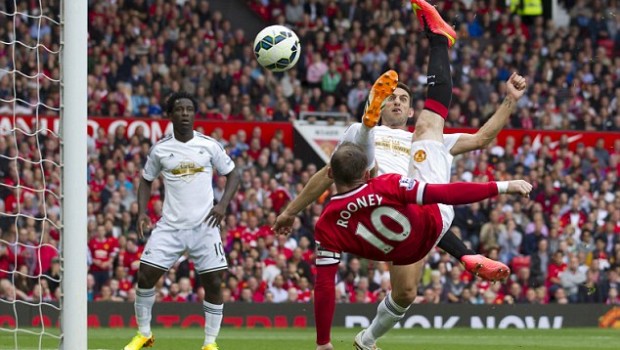 MANCHESTER UNITED'S SLOW START IS THE TALK OF THE EPL

What’s the matter with Manchester United?

It has been a rough start to the English Premier League season for Man U under new manager Louis Van Gaal. In their second match of the EPL, the Red Devils only managed to get a point against Sunderland in a 1-1 draw in the Stadium of Light.

The Manchester club has now only gotten one point from their first two EPL matches after losing their first to Swansea 2-1. This is a nightmare start for United after finishing seventh in England last season, as they were expecting big things from the new manager.

Man United was boosted going into this match by the return of Robin Van Persie, who had missed the last month due to injury. He was not able to make much of an impact early on, as the midfield was not able to find a groove. Sunderland made more chances through the early part of the first half and almost had a breakthrough minutes before the Red Devils opened the scoring.

In the 17th minute, Man United opened the scoring with an Antonio Valencia low cross that found Juan Mata right in front of net. Valencia made space for himself on the right-wing and delivered a nice low driven cross that took a bit of a deflection, but eventually found Mata. The Spaniard was able to time his run to the far post perfectly to stay onside and finish easily on the nice cross. Even after the first goal, United was not able to take control of the match with Sunderland continuing to pressure the back line.

Sunderland found the equalizer in the 30th minute when Jack Rodwell headed in a Sebastian Larsson corner. Ashley Young was caught ball watching allowing Rodwell a free header. Rodwell made the most of it, putting it where goalkeeper David De Gea could not make a save. After the equalizer, United did a much better job of keeping the ball and possessing, but they were not able to lead to any real good chances, outside of one Wayne Rooney (photo above) free kick that barely missed.

The second half had a good flow of back and forth play, with both teams making more of their possession than they did in the first half. Chances were traded back and forth through out the second half, but neither team was able to capitalize on the chances. Near the end of the match, United put the pressure on, but were often caught on the counter attack and looked very vulnerable at the back. In the end, the match limped to a 1-1 draw; A good result for the Black Cats, but not for the Red Devils.

Van Gaal’s preferred 3-5-2 system has not done Man United any favors so far in the Premier League. The system leads to the team lacking attacking options in the final third with Mata, Rooney, and Van Persie as the only threats. Ander Herrera and Luke Shaw, two new signings, will be brought in to try to make the offense more cohesive and the Red Devils will need that. The impending transfer of Angel Di Maria is seemingly only days away, and his skill could greatly help the team, but the system may have to change to complement the Argentinian. Van Gaal may need to change his ways to adapt to the Premier League style of play and the talent he currently has, and after the nightmarish start for Manchester, he may need to do it soon.

A 1-1 draw against Sunderland has resulted in Man United only grabbing one point in their first two Premier League matches. This was clearly not the start fans were hoping for under new manager Louis Van Gaal, and the manager looks as if he needs to adapt more quickly to the English style of play.