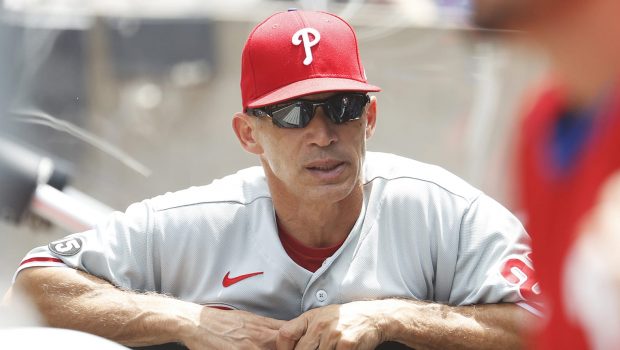 MAJOR CHANGES IN STORE FOR PHILS, WHO ARE BARELY IN THE RACE!

Sure, the Phillies are still in the race for the NL East flag or the second wild card playoff spot — technically.

They are five games back of the Braves in NL East and five behind the Reds in the wild card chase.

But anyone with eyes knows the Braves and Reds are several tiers above the Phils.

And it would take a lightning strike for Philly to make the playoffs for the first time since 2011.

Another lost season for a franchise that has lost its way after a spectacular run from 2007-2011, including a World Series title in 2008 and a WS appearance in 2009.

Jack McCaffery of TheReporteronline.com has some thoughts:

There is something deeply flawed about the organization that Dave Dombrowski elected to join at age 64 with his Hall of Fame resume already at the type-setter.

And it is not going to improve without a through disinfecting. Since sports demands effort whenever reasonable, Dombrowski was right to read the cards at the trade deadline and gamble that the Phillies had enough to steal a budget playoff spot in a season of rare opportunity. At least he took a swing.

But if he was hired to right an organization that hasn’t reached the playoffs since 2011, then Dombrowski must do more than make C-list trade-deadline acquisitions.

He must power-wash the developmental system that somehow turned intriguing natural talents like Scott Kingery, Adam Haseley and Bohm, among others, so hopeless and inept.

He must fire Joe Dillon and hire a hitting coach able to convince players to hit behind runners, shorten swings with two strikes and hit against the shift.

He must have Joe Girardi’s buyout check ready for John Middleton to sign within an hour of the final pitch of the season.