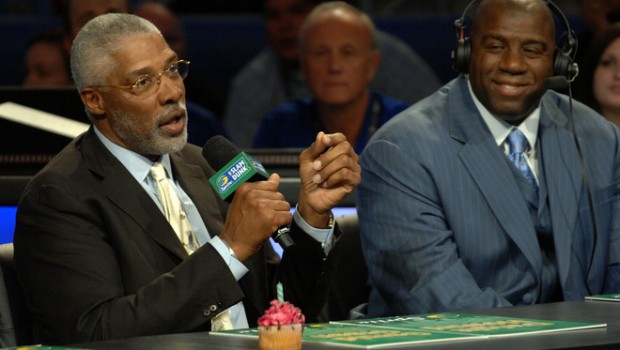 The NBA has wiped the smile off Magic Johnson’s face with an investigation after a formal complaint by the Indiana Pacers that the Los Angeles Lakers were guilty of tampering in their flirtation with Paul George.

Johnson, the Lakers’ president (above, with Sixers legend Julius Erving), as well as general manager Rob Pelinka and owner Jeanie Buss have been contacted by a league investigator and asked to supply “any correspondence pertaining to” George, his agent and his parents, according to Peter Vecsey on Patreon. The NBA confirmed the report, and ESPN’s Adrian Wojnarowski reports that the investigation will center on “possible impermissible contact” between Johnson and George.

“At the request of the Indiana Pacers, the NBA opened an investigation into alleged tampering by the Los Angeles Lakers,” the NBA said in a statement emailed to The Washington Post on Sunday afternoon. “The independent investigation is being conducted by the law firm Wachtell, Lipton, Rosen & Katz. The Lakers have been cooperative and, at this point, no findings have been made. We have asked both teams to refrain from commenting while the investigation is ongoing.”