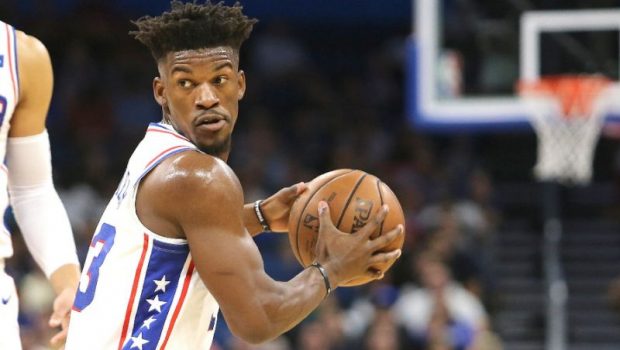 The Sixers rolled out Jimmy Butler last night in Orlando.

The newest star played well but the Magic’s Terrence Ross hit a go-ahead 3-pointer with 8.7 seconds remaining for a 111-106 loss.

The Sixers outscored Orlando by 35-23 in the third quarter and appeared to be cruising to victory.

But Ben Simmons had only 9 points.

However, Markelle Fultz, the No. 1 pick in the 2017 draft, who was moved out of the starting lineup as a result of the Butler trade, was the point guard for the 76ers’ second uni

Butler, a 29-year-old swingman, was taken 30th by the Chicago Bulls in the 2011 draft. He worked hard to develop his game under Coach Tom Thibodeau, turning himself into a star in Chicago. Over the previous four seasons — one of which came after a trade to the Minnesota Timberwolves (that allowed for a reunion with Thibodeau) — he averaged 21.8 points, 5.7 rebounds, 4.6 assists and 1.8 steals a game, making the All-Star team in all four seasons and the N.B.A.’s All-Defense team in three.

But drama unfolded in Minnesota during this off-season when it became clear that Butler did not intend to stay in Minnesota beyond his contract, which ends after this season. Butler pushed for a trade, but Thibodeau was reluctant to give up on the player he had developed, and the team’s owner, Glen Taylor, moved slowly to make a deal. The Miami Heat and Houston Rockets both offered packages that some viewed more favorably than the final deal with Philadelphia, but when all was said and done, Butler and Justin Patton were sent to Philadelphia in exchange for Robert Covington, Jerryd Bayless, Saric and a 2022 second-round pick.

“I made this move because I believe it’s what’s best for our team,” Brand said before the game. “We have a championship window and it’s important that we do whatever it takes to capitalize on it.”

Butler, who seemed happy to have a deal finally settled, said he believes he will be a good fit for blue-collar Philly.

He added, “It doesn’t change now. I’ll take it up a notch. I think the city will love that.”