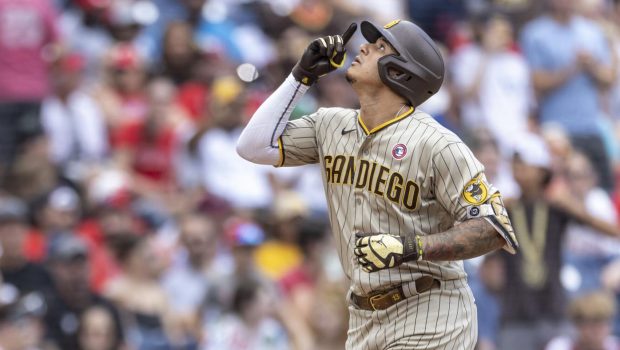 The Phils got lucky last night, and it may last all weekend in their series at the San Diego Padres.

San Diego manager Bob Melvin said, “I don’t know how he does it. You actually look at the discoloration, what it looks like, the swelling’s down but it doesn’t look like it feels too good,” Melvin said. “I don’t think anything with him at this point surprises me.”

The Padres think Machado, who’s having an MVP-caliber season, will be able to avoid the injured list.

“We’re willing to sit here and wait a few more days to see how he goes about it, even if it’s a pinch-hit appearance,” Melvin said. “That would not surprise me if that’s the case within these 10 days.”