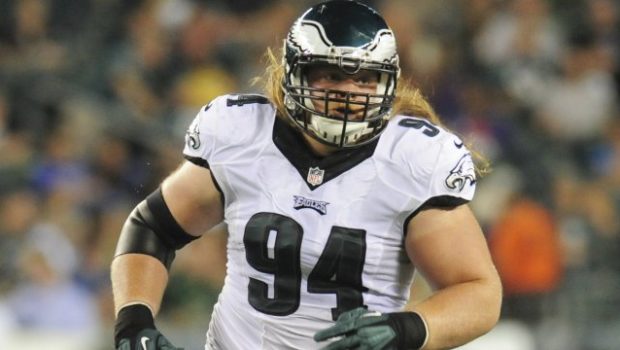 LOTS TO LIKE ABOUT EAGLES’ 33-23 BEATDOWN OF THE COLTS!

Defensive tackle Beau Allen also kept up his explosive attacks on the Colts pocket — Allen should get lots of action in the rotation this season.

The Eagles upped their preseason record to 3-0 with a 33-23 beatdown of the Indianapolis Colts last Saturday night.

But the good news was that quarterback Sam Bradford was smooth and very productive going 17 for 20 for 167 yards, and two touchdowns.

The Birds offensive line kept Bradford clean in his final action before the season opener September 11th versus the Cleveland Browns at the Linc.

The defensive line continued to play at a high level, keeping pressure on Colts QB Andrew Luck the whole night, recording three sacks on Luck and multiple hurries, limiting him to 3 points, also stopping Indy on a fourth-and-1 run in Eagles territory.

Rookie running back Wendell Smallwood got his first action and flashed his power and speed before coming off with a head injury.

No significant injuries were incurred in the Colts game, which is huge with the NFL opener just 12 days away.

Now the team can continue to sharpen up in all three phases and prove the naysayers wrong with a winning season in 2016.