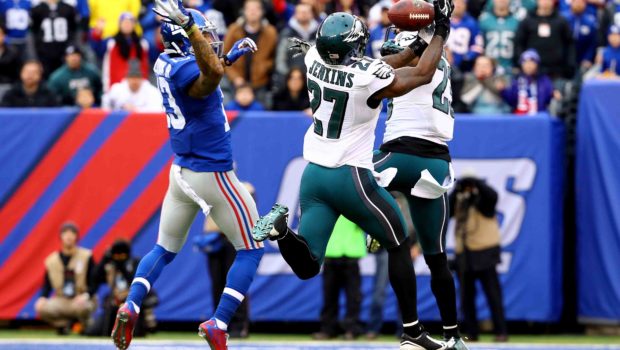 AFTER LOSING TO EAGLES, GIANTS’ BECKHAM LITERALLY BANGS HIS HEAD AGAINST THE WALL!

Giant wide receiver Odell Beckham Jr. had a great night in a losing effort against the Eagles Thursday at the Linc.

And then he flipped out!

In the tunnel after the game, Beckham was reportedly growling, yelling, and banging his head against an aluminum gate, until he was guided into the locker room by security and owner John Mara.

He stood in the tunnel adjacent to the visitors’ locker room and fumed, emitting guttural sounds of anguish in a display of utter frustration.

Then he stood facing a steel wall and banged his head into it, once, twice, three times, before team officials, including co-owner John Mara, consoled him, with Mara patting him on the back as Beckham slowly made his way into the locker room.

[W]hen the game ended, all he could do was growl and scream in the tunnel outside the Giants locker room.