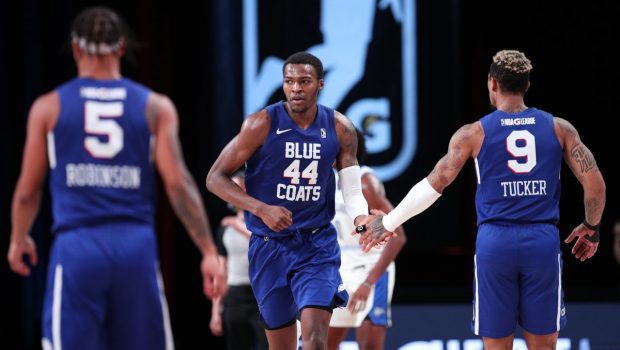 LOOK FOR PAUL REED TO GO FROM BLUE COATS TO SIXERS ON 2-WAY!

Says Shams Charania of The Athletic:

76ers rookie Paul Reed — aka “BBall Paul” — finished an impressive run in the G League’s bubble in Orlando for the Delaware Blue Coats:

Reed is on a two-way contract, but look for him to have that converted to a standard NBA deal at some point.