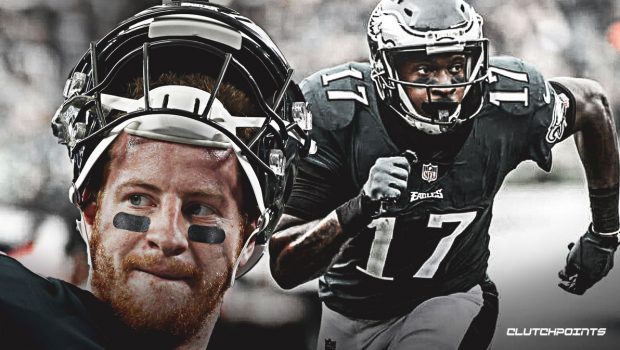 LOOK FOR EAGLES QB CARSON WENTZ TO HAVE A BREAKOUT TODAY!

Carson Wentz has been decent for the Eagles, throwing 1821 passing yards and 14 touchdowns.

However, he’s yet to reach the levels of QBs like Russell Wilson and Tom Brady in terms of consistency.

Half of his games he’s finished with less than 200 passing yards. While he scores touchdowns in every game he plays, the times where he only scored more than one touchdown is too few to be effective. He needs to impose his will more if he’s to take Philly to the next level.

Since his last two games have been lackluster in terms of passing yards, this will be the game where he makes a statement. He will finish with more than 300 passing yards and three touchdowns in order to declare the team’s intentions of playoff contention.