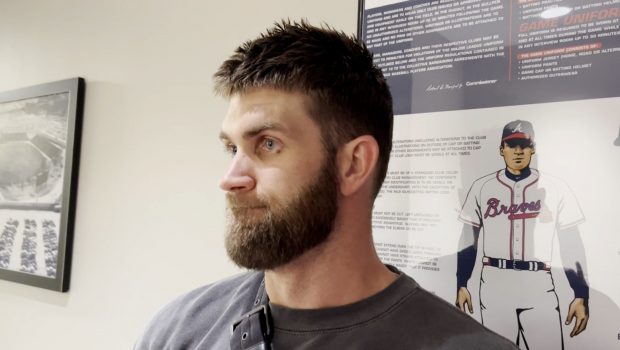 LOOK FOR BRYCE HARPER BACK IN THE PHILS LINE-UP TONIGHT

Phils slugger Bryce Harper could be back in the lineup for the finale of the two-game series tonight after an infected blister on his left index finger sidelined him for two games over the weekend at Washington.

Manager Rob Thomson said the infection had improved enough for him to be available off the bench in the opener.

A six-time All-Star and this year’s leader in voting for National League DH, Harper is hitting a team-best .326, and his OPS (1.013) is second in the NL to St. Louis’ Paul Goldschmidt.

Harper is restricted to DH duty because of an elbow injury.