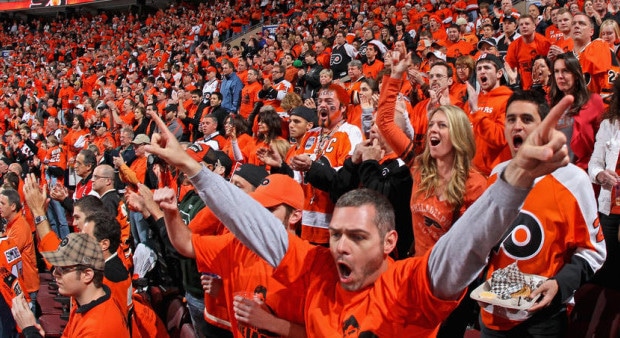 So can Flyers fans expect to reap the rewards of this NHL draft on the ice in 2017-18?

Or did the moves GM Ron Hextall made to get younger be more of a long-term benefit?

Hextall traded Brayden Schenn to the St. Louis Blues for a package that included two first-round picks and was contingent on the Flyers taking Jori Lehtera back in the deal.

Hextall used this year’s first round pick to add center Morgan Frost to what had been a thin crop of forwards. The Sault Ste. Marie pivot has “elite” hockey sense, Hextall said, but won’t help in the immediate future.

Neither will 6-foot-6 left winger Isaac Ratcliffe, whom Hextall traded up in the second round Saturday to select.

While the Flyers may be “methodically getting younger,” Hextall needs to find a way of replacing Schenn’s 25 goals last season.

“Yeah, we’re getting younger. A rebuild, absolutely not,” Hextall said. “We have young players. At some point here we have to open up opportunity. We’ll let them play when we feel they’re ready to play. Unlike what people think about our philosophy, we do not want to hold players back. When they’re ready to take that next step we’ll allow them to take that next step. In saying that, we feel like we’ve got some young players who, if they’re not ready they’re close.”

With Schenn’s departure they will have another void to fill which could come with No. 2 pick Nolan Patrick or Oskar Lindblom or even a bigger piece of the pie for someone who is already in the fold.

“It’s a lot, but I think that’s where some of it has to come from,” coach Dave Hakstol said. “Some of the quality minutes that Brayden Schenn has been in, not necessarily all, some of those minutes could go to young players. Not only a couple guys that may be new to the roster this year but a guy like Travis Konecny, guys like that that can benefit from more minutes in more situations.”

In addition to Konecny, the Flyers could have an incumbent take on more in the form of Jordan Weal, but the Flyers have to re-sign him first.

“Our stance on Jordan hasn’t changed. We’d like to sign him,” Hextall added. “Simple as that. Nothing really has changed for us. We do believe we have a couple guys down that can play so if Jordan chooses to go somewhere else, we’ll figure it out.”