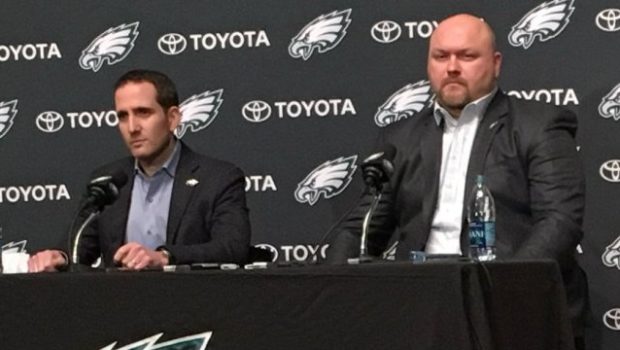 Carson Wentz is the quarterback of the future, so the Eagles were wise to go get him some weapons. Landing Alshon Jeffery on a one-year prove-it deal is huge. So is getting Torrey Smith, a receiver who was stuck on a horrible San Francisco team, which hid his talents.

Don’t overlook the signing of Chris Long and the drafting of Sidney Jones, who will be hurt at the beginning of the year, but could display his first-round talent once he makes his way back: