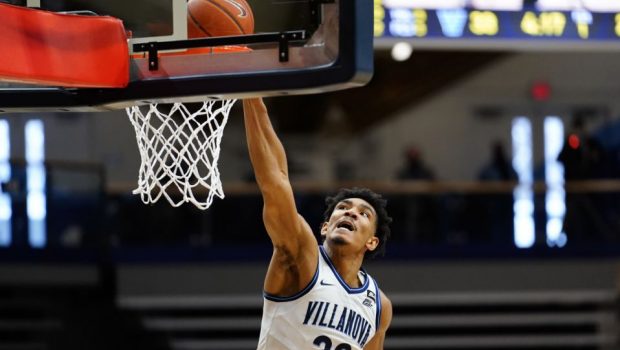 Villanova is literally limping into Madison Square Garden today as a top-two seed in the Big East tournament.

The Cats gets will be without Collin Gillespie when they face Georgetown at noon, and probably reserve guard Justin Moore.

The Wildcats (16-5) clinched the regular season title when they beat Creighton on March 3 but that was also when Gillespie tore his MCL. In their regular-season finale, the Wildcats were handed a last-second, 54-52 loss at Providence on Saturday and also Moore to an ankle injury that likely will keep him out of the conference tournament.

“Our problem was not missing Collin at the point guard spot,” Villanova coach Jay Wright said. “We had problems with offensive execution but none of it was his fault. He was great getting us into offense.”

Gillespie is Villanova’s second-leading scorer at 14 points per game while Moore averages 12.7. The Wildcats still have Jeremiah Robinson-Earl, who leads the team at 15.2 points and shared Big East player of the year award with Gillespie and Seton Hall’s Sandro Mamukelashvili.

“I really thought it was going to be difficult for him to win an award like this. We didn’t think about it because he does all the dirty work for us,” Wright said. “He’s our best defensive player, our best rebounder, playmaker, screener for everybody, so it’s really nice.”

Villanova is trying to reach the semifinals for the sixth straight season and if it gets by Georgetown, it will face fourth-seeded St. John’s or fifth-seeded Seton Hall.

Without Gillespie and Moore, the Wildcats will rely more on Bryan Antoine and Brandon Slater in the backcourt. Chris Arcidiacono, the younger brother of former star Ryan, could see some time after playing 25 minutes against Providence.

Georgetown is set for its first postseason meeting with Villanova since the 2008 quarterfinals after dominating defensively in a 68-49 first-round win over ninth-seeded Marquette on Wednesday to give Patrick Ewing his first tournament win as a coach.

“You win and you play again,” Ewing said. “We were looking forward to this and we’ve taken the first step in our journey and we got more steps that we want to take.

In their first Big East tourney win since 2015, the Hoyas forced 16 turnovers, allowed 14 first-half points and 36.2 percent from the field in a game when they shot 39.3 percent.

Jahvon Blair came off the bench for his third straight game and scored 14 of his 20 points after halftime while Qudus Wahab added 19.