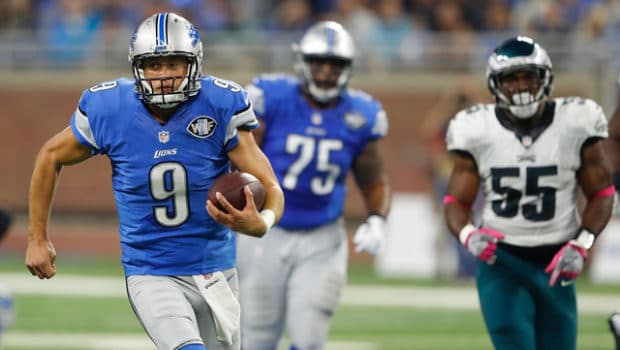 Lions quarterback Matthew Stafford’s deal is done, and he is for now the highest paid player in NFL history.

Stafford and the Lions agreed to a five-year contract extension worth $135 million yesterday, a person familiar with the contract told the Detroit Free Press.

Exact terms of the deal are not yet known, but Stafford will make an average annual salary of $27 million over the life of the contract, more than Oakland Raiders QB Carr ($25 million) got on the five-year extension he signed in June.