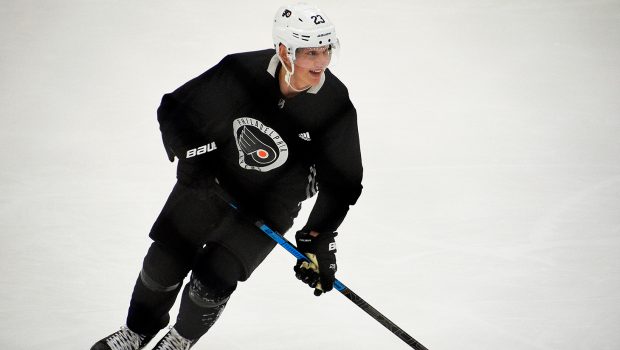 A player in the league’s COVID protocol doesn’t mean they’ve tested positive for the coronavirus. A player could simply have been exposed to a positive COVID case.

It’s unknown if any of the seven Flyers have tested positive for the coronavirus.The Flyers haven’t played since Feb. 7, when Travis Sanheim entered the protocol. That led to the Flyers’ game Tuesday night against the Washington Capitals being postponed. So far, the Flyers have had four games postponed, including two against the New Jersey Devils. The Devils games were postponed due to New Jersey’s own COVID issues. The Devils had 16 players in the protocol at the time. They now have 18.

Tomorrow’s game against the New York Rangers has been postponed. The NHL said Wednesday the Flyers were expected to reopen their facility for practices on Monday but it’s unclear if that will happen.

The Flyers’ next scheduled game is Thursday night against the Rangers. At this time, it remains scheduled. The Flyers are scheduled to face the Boston Bruins in the NHL Outdoors at Lake Taho on Feb. 21.

According to ESPN’s Greg Wyshynski, the NHL has a contingency plan in place where the Rangers could replace the Flyers in the Lake Tahoe game if COVID protocols prevent the Orange and Black from playing.