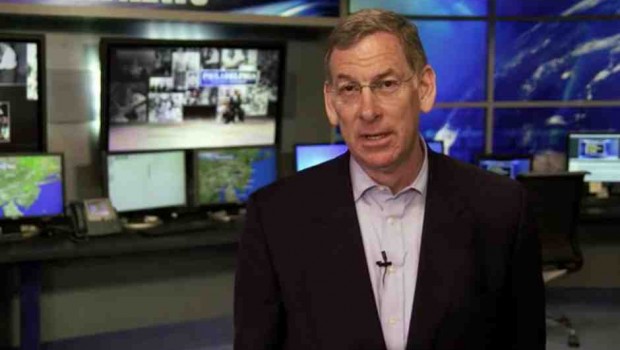 LIKE HIS COACH JIM VALVANO, SAM KATZ HAS FOUND A HIGHER CALLING

The once and perhaps future mayoral candidate has found great satisfaction in chronicling our important history through “Philadelphia: The Great Experiment.” And maybe, just maybe, he will leave a more indelible legacy than any governmental leader ever could

It is just before Christmas and Sam Katz is having lunch at the bar at Smith & Wollensky, enthusiastically talking about “Philadelphia: The Great Experiment.”

His enthusiasm stems from the video series he has produced that is doing for Philly what Ken Burns has done for baseball, jazz and the Civil War — celebrate and consecrate Americans like U. S. Grant, Louis Armstrong and Shoeless Joe Jackson.

It is a busy Tuesday, and diners and Christmas partiers scurry by and catch a glimpse of Katz with a sense of knowing.

“Isn’t that Sam Katz?” is the look on most of their faces as visions of sugar plums dance in their heads.

They recognize him because since 1991 Katz has spent much of his life in front of the camera, running for mayor three times and governor once — never winning but coming excruciatingly close 16 years ago, and always making a progressive contribution to the debate. If there were any justice, he would have become mayor.

But as that old pol Jack Kennedy once said: “Life isn’t fair, but government must be.”

And now, Katz, who is 65 and looks 45, and his History Making Productions are behind the camera, raising awareness of the importance of Philadelphia’s history — to the world and most importantly to Philadelphians, who sometimes are in need of a shot of self-esteem.

Remember, this is a town whose motto in 1972 — approved by city government and its business community — was:

The single image by which most Philadelphians know Katz is on election night in November 1999, as the Republican who almost became mayor when he lost to John Street by about 9,400 votes in this 6-to-1 Democratic registration city.

But before that he was a successful executive at Public Financial Management.

He also tried to syndicate “B” shares of Berkshire Hathaway so that you and I could afford them — engendering the wrath of many lawyers and Berkshire founder Warren Buffet, who threatened to do it himself, and then when Katz wouldn’t back down issued and distributed the “B” shares, raising a much-needed $1 billion!

And before that Katz was a student at the New School, John Hopkins, where he played basketball, and at Philly’s Central High. Most Americans know Jimmy Valvano (photo at left) as the coach at North Carolina State, which beat Houston for the 1983 NCAA national basketball title in what is considered the greatest upset in college hoops history — maybe in all of sports.

But before that he was a fine coach at Iona, which qualified for two different NCAA tournaments (and if you don’t think that is impressive at a small school like Iona you haven’t been paying attention). And before that he was the head coach at Bucknell and at Hopkins.

“Jimmy had a few ideas about basketball that I found valuable,” Katz says at Smith & Wollensky.

Hopkins was coming back from a game in western Maryland in 1969 — “We had lost and Jimmy was despondent,” Katz remembers. “He was sitting at the front of the bus and a couple of us walked up to him and said, ‘What’s this thing about winning with you? It’s only a basketball game.’

“It took a lifetime for him to understand what we were talking about.”

After 1983, Valvano coached some more and then was diagnosed with a virulent strain of cancer — metastatic adenocarcinoma. True to his Churchillian vow of “never, ever, ever giving up,” he proclaimed he would lick it.

He died in April 1993 at the age of 47, but he and ESPN started the Jimmy V Foundation which — thanks in part to a stunning speech he gave at the 1993 Espy Awards when he accepted the Arthur Ashe award for courage — has raised more than $100 million to fight cancer.

That was Valvano’s higher calling, more important than a basketball game.

Katz re-ran against Street in 2003, and was ahead by 7 points with a month to go. Then a bug was found in Street’s City Hall office, planted by the FBI, which was investigating corruption. The Democratic establishment rallied to Street’s side, turnout for him swelled and he won by 50,000 votes.

Katz, who had wanted to be mayor since he was a kid, was devastated. He gained weight, grew a beard and started a period of navel-gazing. And he also watched a lot of movies to get over the funk.

“I watched ‘Gangs of New York,’” he says, referring to the Martin Scorsese-directed, Leo Decaprio-starring film based in New York City in the mid-19th century that focuses on the battle between native-born Americans and immigrants, mostly Irish, for the heart and soul of the city.

It was not well-received by the critics, and it lost nearly $25 million, a rarity for a Scorsese movie.

But it fascinated Katz.

“I saw it three times,” says Katz, who has always been a history buff. “I lived in New York when I attended the New School [for Social Research for a Masters] and I wanted to know if it was true.”

He expanded his sphere of interest to Chicago, Las Vegas, Milwaukee and Los Angeles, reading books and watching documentaries about each.

Then he started looking for anything on Philly.

But his public life interfered with his desire to get on with chronicling Philly’s intriguing history.

In 2011 he was appointed chair of PICA, the state-mandated oversight board for the city’s finances, which was established in 1991 when Philly was on its last financial legs.

Katz resigned in 2014 to concentrate on History Making Productions. “This is a really critical time for my company and my projects, so this just seemed like a good time to move on,” he said.

That was going to make documentaries.

In which he had no experience.

“What I learned in 2008 was no one had money to back this project. The economy was failing, and sources of philanthropy had either dried up or focused on other types of projects. Grants to produce a television series about Philadelphia were not a high priority for any funder.”

With the exception of two-time mayor and two-time governor Ed Rendell, Katz is easily the most prodigious fund-raiser in Philly political history — and he has never been elected to any office!

“I know everybody in Philadelphia who has a checking account,” he says smiling and laughing at his own over-the-top joke between bites of lunch.

So Katz got out his rolodex and started dialing for dollars.

In 2009, the Barra Foundation was first in with a $420,000 grant; the Connelly Foundation did a substantial grant for “Urban Trinity: The Story of Catholic Philadelphia”; and many other significant grants totaled more than $4 million over the past six years. And that doesn’t include more than $750,000 monetized in Pennsylvania Tax Credits.

Katz used his power of persuasion early and often.

“I started talking to people from Sharon Pinkenson [who has run the Philadelphia Film office for the past 23 years and knows a thing or two about raising money] to the Historical Society.

“I know a lot of people I pitched were thinking, ‘We’ll never hear from him again.’ ”

At an event to celebrate the 25th anniversary of the publication of the Barra Foundation’s “Philadelphia, a 300-Year History,” Katz snagged Gary Nash, a UCLA historian, and didn’t shake his tin cup for money but did have an ask:

“Can’t I persuade you to make a mention of the fact that there is no film that memorializes Philadelphia?”

After fund-raising, Katz sought a media partner that would bring his product to the masses.

And he came up with the gold standard. Channel 6 runs Katz’s half-hour documentaries commercial-free and supplies history buff Jim Gardner (photo at left), the most trusted person in Philly by a country mile, to be each program’s host with actor Michael Boatman as narrator.

The first installment aired in 2011, covering the years 1864 to 1876 when the city industrialized and expanded. Katz has also done shows about the renewal of Philly, highlighting the transformation Mayors Clark and Dilworth accomplished working with planner Edmund Bacon in the 1950s and ‘60s.

Isn’t 7:30 pm thought to be a black hole for TV watching, a naïve reporter asks?

“Are you kidding,” he shoots back. “Seven thirty is a fabulous time to draw an audience! First up is ‘6ABC Action News’ [the ratings leader seemingly since Dick Dilworth was mayor]; then ‘ABC World News Tonight.’ Then ‘Jeopardy’ — what could be better?

“Our latest episode — “Franklin’s Spark” in early January — led every show in the 7.30 time slot, and had an audience of over 270,000, up 14% over the William Penn episode, and was the most watched of all of the seven previous episodes.” When the reporter not so kiddingly points out that 270,000 viewers is way more than the vote totals Katz received in either 1999 or 2003, and that he now has a bigger audience than he ever had, Katz chuckles.

“There is an element of truth in that.”

He is being coy because just last week he announced that he had changed his registration to Independent, which would allow him to run for mayor this year while avoiding a primary fight and concentrate on the general election.

Who knows? If Tony Williams wins the Democratic primary on May 19 and the Republicans nominate a no-hoper Katz could thread the needle and achieve his lifelong dream — Room 215 in City Hall.

If not, “Philadelphia: The Great Experiment” has cemented his legacy as the chronicler of the history of this great American city.

Could it be that, like his college basketball coach, Jim Valvano, he has learned that winning is not the most important thing — it’s only an election?

And could it be that, like Jimmy V, Sam Katz has found his higher calling?

0 thoughts on “LIKE HIS COACH JIM VALVANO, SAM KATZ HAS FOUND A HIGHER CALLING”