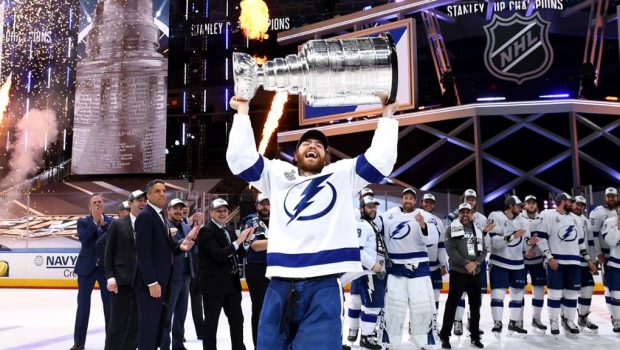 Brayden Point scored his playoff-best 14th goal, and the Tampa Bay Lightning beat the Dallas Stars 2-0 to win the Stanley Cup and finish the most unusual NHL postseason in history, staged nearly entirely in quarantine because of the coronavirus pandemic.

Nonetheless, the clock’s hitting zeros in an empty arena set off a joyful celebration for a team that endured years of playoff heartbreak and two months in isolation.

“It takes a lot to be in a bubble for 80 days or whatever long it was,” said defenseman Victor Hedman, who won the Conn Smythe Trophy as playoff MVP. “But it’s all worth it now. We’re coming home with the Cup.”

The Lightning, one of the league’s top teams not to win the title the past five years, finally completed the complicated puzzle that is the Stanley Cup playoffs, securing their first championship since 2004. They defeated the Columbus Blue Jackets; the Boston Bruins, the league’s No. 1 team in the regular season; and the New York Islanders before eliminating the Stars in a marathon through two Canadian bubble sites that featured multiple overtimes and plenty of drama.

Goals from Point and Blake Coleman and a 22-save shutout by Andrei Vasilevskiy in Game 6 were enough to power the Lightning past a pesky Stars team that stayed alive with a double-overtime victory on Saturday in Game 5.

“That last period was probably the longest period of my life,” Hedman said just before winning the MVP award. “There’s so many emotions at the same time.”