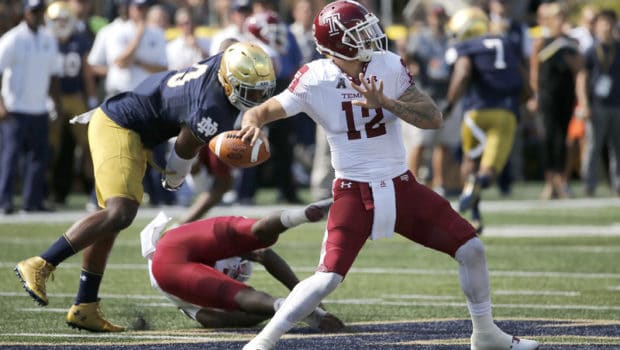 In the current series, Temple is on a three-game winning streak, dating to Sept. 3, 2010 when the Owls topped the Wildcats, 31-24.

Temple is coming off of a loss in its season opener against the Notre Dame Fighting Irish, 49-16.

However, the anticipation to see who would start for the Owls at quarterback came to an end when redshirt-sophomore Logan Marchi (above) took the first snap. Marchi played well, completing 19 of 35 attempts for 245 yards and two touchdowns – distributing the ball to nine different receivers.

Villanova is coming into the game ranked nationally in the FCS at No. 10.

The game is set to kick off at 3:30 p.m. at Lincoln Financial Field and will be broadcast on ESPN3.