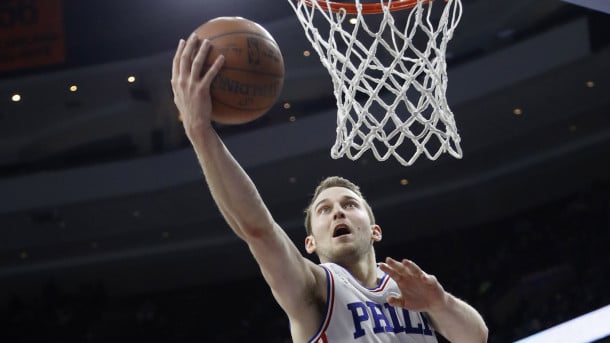 GET REAL: STAUSKAS HAS ONLY A LONG SHOT TO MAKE SIXERS ROSTER!

Does anyone think Nik Stauskas will make the Sixers’ roster this fall?

While being asked to play summer league after your second season no longer carries the same stigma — one-third of the first-round picks from 2014 played — it’s a bad sign when you don’t stand out.

Stauskas, the highest-drafted player among that group (eighth overall) had 22 points on 7-of-20 shooting in his two-game cameo and generally failed to distinguish himself from the players trying to make teams.