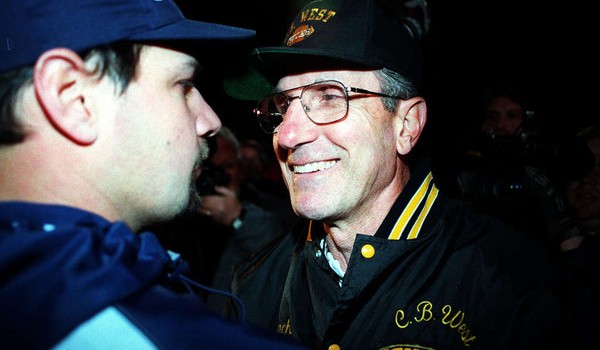 Legendary Bucks County high school football coach Mike Pettine, who had 16 undefeated season in his 33 years as a head coach, died Friday at the age of 76.

Pettine, father of former Cleveland Browns coach Mike Pettine Jr., (both in photo above) retired in 1999 from Central Bucks West (Doylestown) after leading the program to a 326-42-4 mark. His teams won four state titles, although much of his tenure was before Pennsylvania had state championships.

Pettine retired with Central Bucks West on a 45-game winning streak and having won three consecutive state titles. His teams also had a 55-game win streak in the 1980s.

Pettine Jr. coached at North Penn against his father before moving on to the NFL where he was with several teams before becoming the Browns head coach in 2014 and ’15. Pettine Sr. attended training camp and other events with the Browns when his son was the coach.