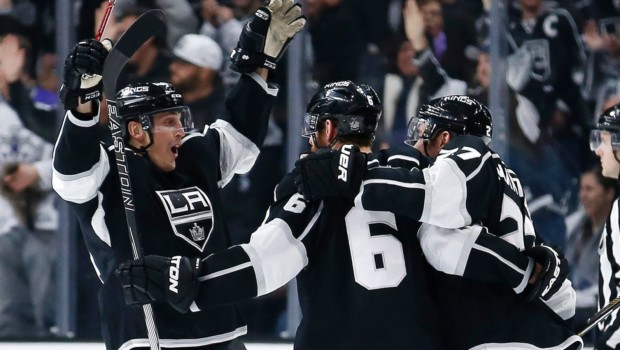 LECAVALIER A HEALTHY SCRATCH FOR FLYERS: MAKING MARK FOR KINGS

Vinny’s point production has slowed, but merely earning a regular shift is a far cry from the situation he left in Philly.

The Flyers had signed Lecavalier to a five-year deal in 2013, hoping he could regain the form that had made him a star with the Lightning. But Lecavalier never realized the lofty expectations that came with his $22.5 million contract. Midway through last season, his second with the Flyers, he was a healthy scratch for the first time. His time with the Flyers hit a low point when he started this season as a healthy scratch and dressed for just seven of the team’s first 38 games.