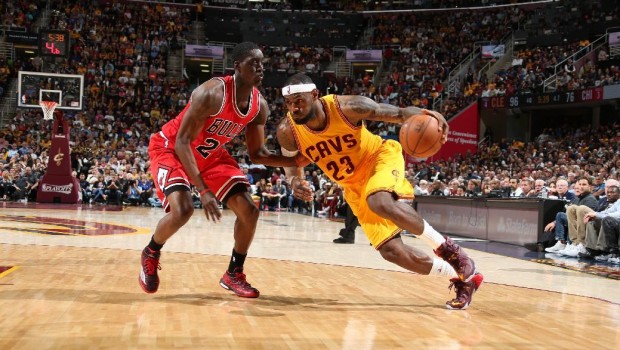 LeBron James (above) scored 33 points, Kyrie Irving added 21 and the Cleveland Cavaliers evened their semifinal series with Chicago, beating the Bulls 106-91 in Game 2 on Wednesday night.

Donning the signature headband he ditched in March, James played like a man possessed. He powered to the basket, leaving Bulls defenders in his wake and keeping the Cavs, missing two starters, from falling into a 2-0 hole. He added eight rebounds and five assists for Cleveland, which led by 25 in the third quarter and withstood a third-quarter charge by the Bulls.