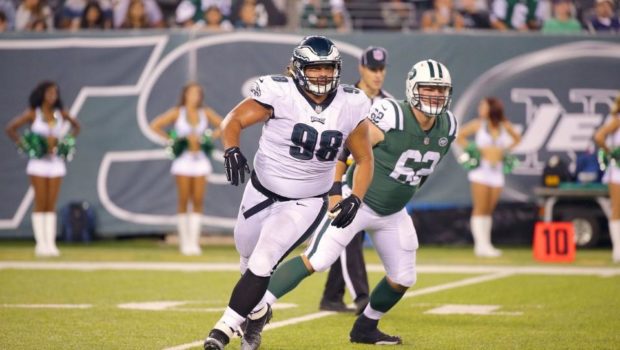 WHAT WE LEARNED ABOUT THE EAGLES IN DOPEY PRESEASON!

Carson Wentz appears poised for a sophomore leap. Other than tossing early touchdowns to new additions Torrey Smith and Alshon Jeffery in the third preseason game, Wentz has shown improvement in one of his problem areas from his rookie season. Last year, Wentz posted a 32.8 QB rating under pressure and an 80.5 QB rating against the blitz. This preseason, he sported a 95.8 QB rating under pressure and a 128.8 mark vs. the blitz. In addition to Jeffery and Smith, the Eagles are counting on revived third-year WR Nelson Agholor to replace Jordan Matthews in the slot. However, one of the new offensive pieces, LeGarrette Blount, has failed to stand out in practice or in games (2.8 YPC on 13 rushes), while second-year back Wendell Smallwood looked sharp in his only preseason action, logging 28 yards on four carries as he continues to state his case for an early-down role: