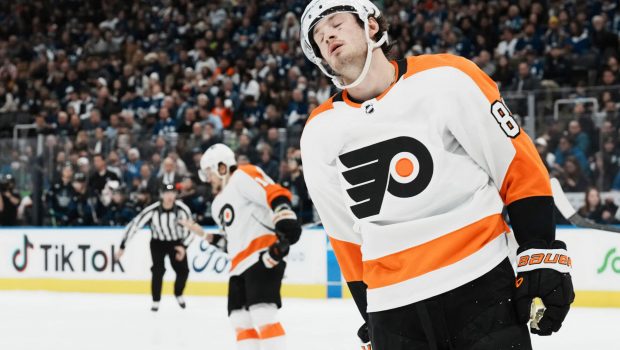 William Nylander scored and had two assists to help the Toronto Maple Leafs beat the Flyers 4-3.

Mitch Marner added a goal and an assist, Michael Bunting and Calle Jarnkrok also scored and Ilya Samsonov made 16 saves.

Morgan Frost and Joel Farabee scored 1:23 apart for Philly in the third to make it a one-goal game. Tony DeAngelo also scored for the Flyers.

“I don’t think his game was anywhere near (where) it should be throughout most of the game,” Flyers coach John Tortorella said about Frost.

“But towards the end, he gets involved in a few scoring chances and we get an opportunity to try to win. Or at least tie.”