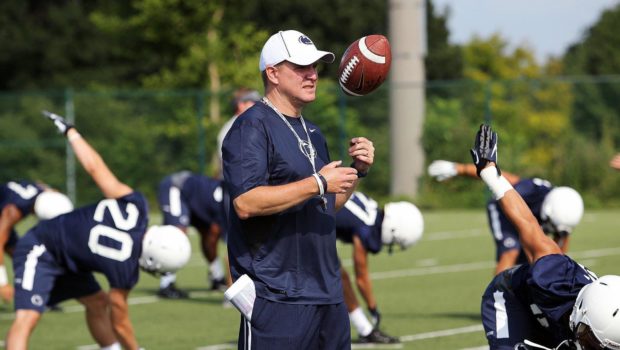 After spending the better part of the last six years defending itself in the Jerry Sandusky sexual abuse scandal — and paying millions to Sandusky’s victims — the Nits are turning the tables now.

They are suing former defensive coordinator Bob Shoop for $891,856, claiming he breached his contract by not paying the school back after he resigned to take an SEC gig a year ago.

Shoop accepted the same position at Tennessee in January 2016—two years and a month before his three-year contract with the Nittany Lions was due to expire.

According to the section of his Penn State contract concerning a premature departure, Shoop was responsible for paying 50 percent of his base salary back to Penn State should he resign to take a job elsewhere before completing his contract with the Nittany Lions.

The stipulation would only be dropped if Shoop accepted a head coaching position. Despite the language of the contract, Shoop’s legal team told Penn State he does not intend to pay back the school, according to the lawsuit.