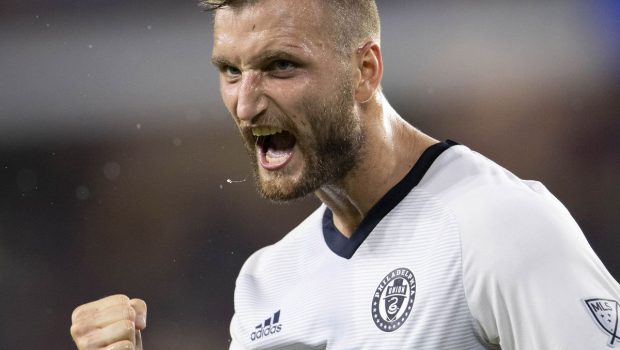 Patiño, the No. 3 overall pick in the 2019 SuperDraft, tapped in from point-blank range the rebound of Chris Mueller’s header to give Orlando City (6-9-4) a 2-1 lead in the 81st minute but Kacper Przybylko took a pass from Matt Real and scored on a side-netter to make it 2-2 in the 90th. In the third minute of stoppage time, Rowe’s left-handed save of a header by Jack Elliott preserved the tie for Orlando City.

The Union (10-5-6) took a 1-0 lead when Marco Fabián slipped a headed a cross by Fabrice-Jean Picault just inside the far post in the fourth minute.

Dom Dwyer’s header of Luís Carlos Almeida da Cunha’s entry on a set piece made it 1-1 in the 67th.