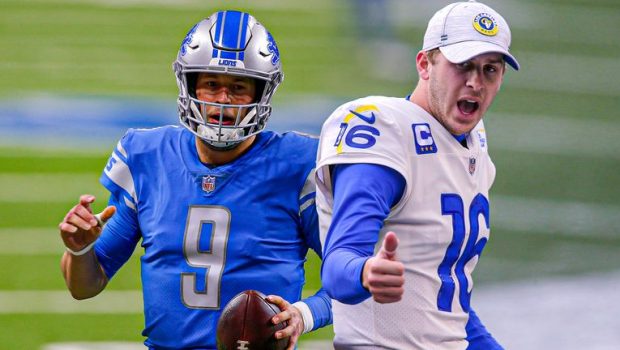 Following news of the trade, the Rams’ Super Bowl odds for the 2021 season moved from +1800 to +1500 at Caesars Sportsbook by William Hill.

It’s the first big move made by new Lions general manager Brad Holmes, who was hired earlier this month from the Rams, for whom he was the director of college scouting. That was Holmes’ role when the Rams traded up from the No. 15 selection to take Goff first overall in the 2016 NFL draft, making a splash in their return to L.A. after 21 seasons in St. Louis. The Rams will not make another first-round selection until at least 2024.

A source told ESPN the Lions had interest from seven or eight teams offering first-round picks as compensation for Stafford. Though the deal for Goff won’t necessarily preclude the Lions from taking a quarterback in this year’s draft, Goff told ESPN’s Jeff Darlington on Saturday night he spoke with Dan Campbell and that the new Lions coach made clear through his message Goff is in Detroit’s plans for the future.