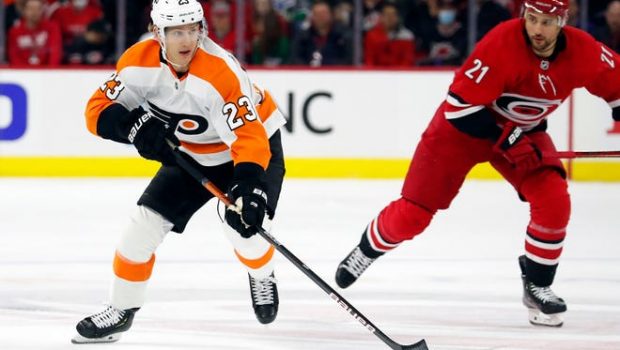 Jordan Martinook broke a tie with 3:50 remaining and the Carolina Hurricanes beat the Flyers 3-1.

Frederik Andersen made 28 saves in his first game since March 3 after dealing with concerns about a potential concussion, and the Metropolitan Division-leading Hurricanes defeated the last-place Flyers.

“I thought we gave ourselves a chance to win and just couldn’t finish it,” Flyers interim coach Mike Yeo said. “You have to really embrace playing in hard hockey games and I thought for the most part we did that.”

Lorentz had gone 21 games without scoring before converting at 8:34 of the second.

Brassard’s tying goal at 16:50 of the middle period came when Andersen failed to control the puck on an initial shot.

That was the first goal allowed by the Hurricanes in more than 128 minutes dating to last Sunday’s second period against Seattle. Carolina shut out Colorado on Thursday night.

Andersen earned his 30th win of the season, with his second in three outings against the Flyers. He said he was careful not to rush back after symptoms that might have suggested a concussion.

“We wanted to rule it out and make sure I didn’t go into and get another hit too early,” Andersen said. “There’s just a big relief.” 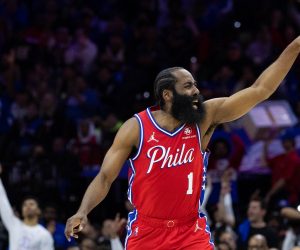