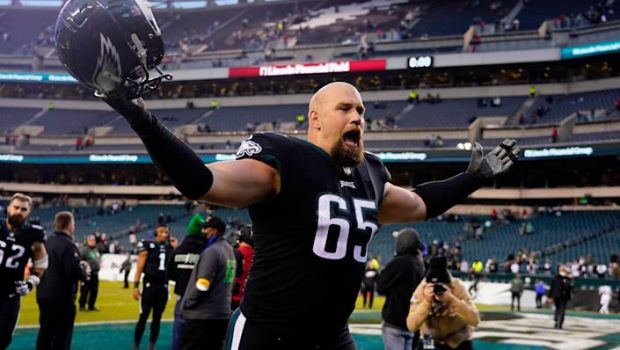 LANE JOHNSON OUT OF PROTOCOL, PRACTICING FOR EAGLES-STEELERS!

Johnson called it “perfect timing” with the bye in Week 7. It ensured he had plenty of time to recover.

This is the third known concussion of Johnson’s career. Based on his own experience, Johnson thinks the NFL’s concussion protocol is “more advanced” than it was a few years ago.

Johnson claims he isn’t worried about the effect of multiple concussions.

Graham, 34, also suffered his injury against the Cowboys. He hurt his hamstring when he was hit in the side of the leg.

While Graham missed practice on Wednesday, he called it “precautionary” and he was back on the field Thursday. He expects to play on Sunday.

Lane Johnson is back… pic.twitter.com/NTZ8TXICX3