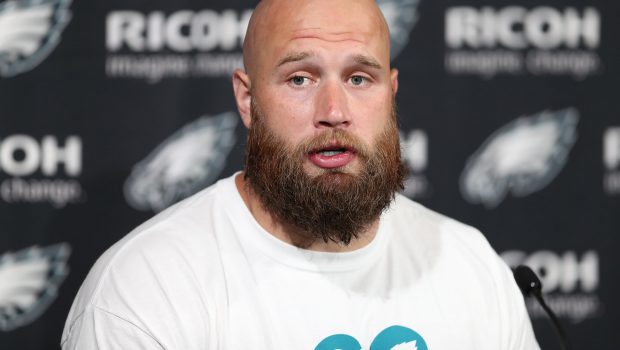 LANE JOHNSON, DALLAS GOEDERT BOTH BACK FOR EAGLES-RAIDERS!

Eagles tight end Dallas Goedert and tackle Lane Johnson will be back Sunday against the Raiders in Vegas.

Goedert missed the Week 6 game against Tampa Bay after going on the Reserve/COVID-19 list. The Eagles activated Goedert on Thursday, but he did not participate in practice.

Jack Stoll is the only other tight end on the active roster at the moment. Richard Rodgers and Noah Togiai are on the practice squad and can be called up for the game.

“Conditioning-wise, whatever it is, I can be out there the whole game,” Goedert said. “Running out there and practicing today, I felt really good.”

Johnson returned this week after missing three games to deal with a personal matter.

Sirianni expects Johnson to start at right tackle on Sunday. Jordan Mailata would move back to left tackle.