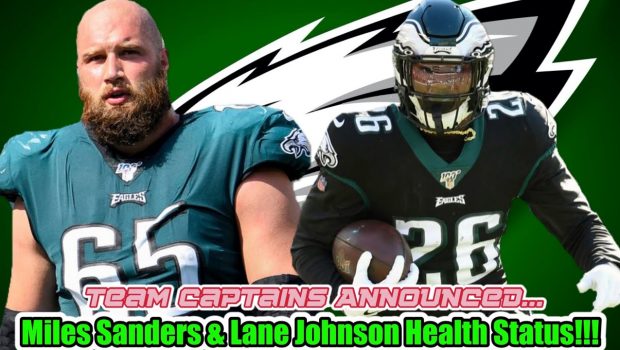 LANE AND MILES TO THE RESCUE FOR EAGLES VS. RAMS SUNDAY!

Losing to the Washington Football Team last Sunday should never have happened!

The laundry list of injuries to key players should never have happened.

The Eagles played their last game last January, and to have that many out for opening day is a total mismanagement, top to bottom!

The Birds have a poor record when Lane Johnson sits — 36-17 when he plays, 6-12 when he doesn’t in the Pederson era — and he’s expected back vs LA Rams next Sunday.

Carson Wentz got the Eagles out to a 17-0 lead in the 1st half, then the roof caved in with 8 sacks vs. a Washington defensive line that bum-rushed the Birds paper thin O line — it wasn’t pretty.

Wentz coughed up the ball 3 times, two on picks which gave them a short field, twice. The he just lost a fumble for good measure as Washington stormed back and scored 27 unanswered points to complete this bad loss to start the season.

Wentz held on to the ball too long, again, then missed long throws to speedsters DeSean Jackson, and rookie Jalen Reagor, which was extra galling since the Eagles want to throw the ball deep this season.

The good news is Miles Sanders and Johnson are expected to go Sunday. Also it’s the first game of the season, so your either 1-0, or 0-1 with 15 more games to play.