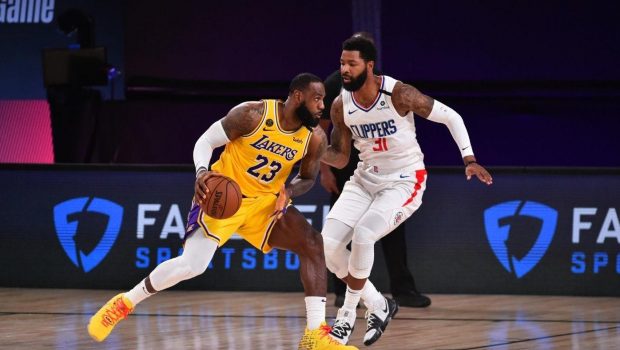 It wasn’t pretty but the NBA re-start in the Orlando bubble is in the books.

How else would you expect both teams to play in their first game since the NBA suspended the season on March 11 because of the novel coronavirus outbreak?

The Lakers (50-14) and Clippers (44-21) may have “won the wait,” as Clippers coach Doc Rivers has put it, with disciplined quarantined workouts and diets. They may have healed their bodies during the four-month layoff. And they may have tapped into mindfulness exercises to keep their mental health strong through the depressing state of our world. Yet, it seemed inevitable players would struggle with their conditioning, their decision making and their consistency once the NBA resumed play here at ESPN’s Wide World of Sports Complex.

“There is a long way to go,” Lakers coach Frank Vogel said, “to reach the habits and discipline we were playing with when we entered the hiatus.”

Nothing wrong with that. Both teams will use their remaining seven seed-in games to shed that rustiness and rev up an engine that mostly stayed in the garage since mid March. So while it is unfair to draw any big-picture implications on the actual outcome, the Lakers-Clippers game presented a big-picture framework on what it will take to win an NBA championship. To hoist the Larry O’Brien trophy, they will have to master specific habits.

Just like in normal times, they need to prevail in crunch time. The Lakers have stars in Anthony Davis (34 points) and LeBron James (16 points, 11 rebounds and seven assists). The Clippers have that in Paul George (30 points) and Kawhi Leonard (28 points). So it surprised no one the game came down to James and George trading baskets for nearly the final two minutes. But it was James who remained determined to be King. He shrugged off his missed 16-footer and contact by Clippers forward Marcus Morris before finishing with a tip in that gave the Lakers a 103-101 lead with 12.8 seconds left. Then, James guarded George closely at the top of the key before he settled for an off-balance 27-foot shot as time expired.

“I love having the ball in my hands late in the game, tie game, being down, being up,” James said. “I’ve been playing against a lot of great players that’s graced this league over my 17-year career. Two of them were on the floor tonight and they were both trying. And I have one on my team as well. So it’s about just that competitive spirit and that fight.”