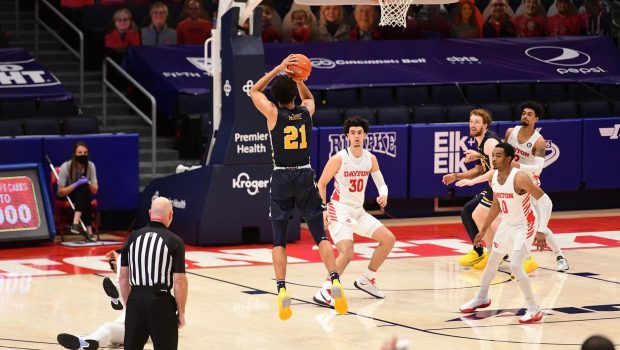 Clifton Moore hit an 18-foot jumper with 2.5 seconds left to lift La Salle to a 67-65 victory at Dayton.

With the game tied at 65, sophomore Ayinde Hikim drove the lane and passed to Moore on the left wing. Moore took one dribble and hit the game winner. The Explorers then stole the ensuing inbounds.