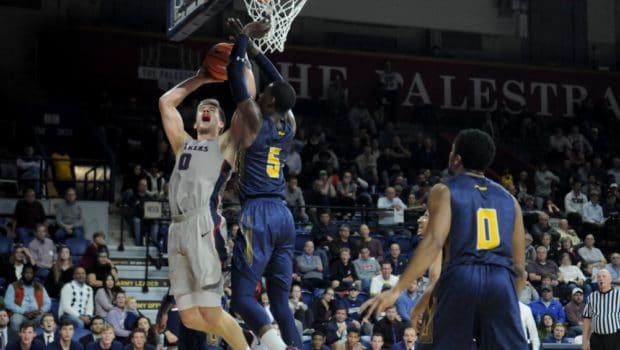 B.J. Johnson had 20 points and 14 rebounds and La Salle held on for a 75-71 double overtime win over Penn in the Big 5 opener at the Palestra.

Johnson scored the baskets that forced both overtimes for the Explorers (2-0) and Amar Stukes made a pair of free throws with 31.6 seconds left in the second overtime to make it 70-65 — the first lead of more than three points by either team since the 13:20 mark of the second half.

Penn prolonged the final 30 seconds with fouls and had Darnell Foreman’s 3-point attempt to tie with 13 seconds left. But it hit off the back of the rim and the Explorers made 5 of 6 from the foul line to seal the win.