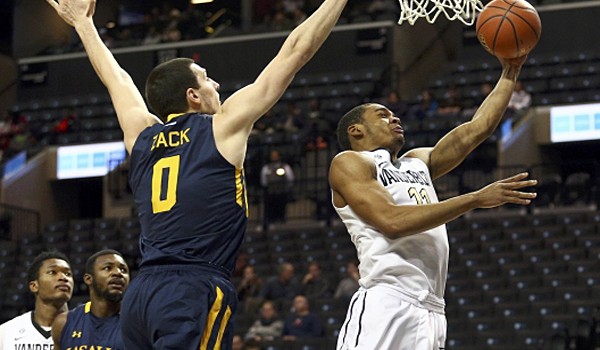 After losing to nationally ranked Virginia on Friday, the Explorers couldn’t handle Vanderbilt as Damian Jones led four players in double-figure scoring with 16 as Vanderbilt won 68-55 in the consolation game of the Barclays Center Classic.

Riley LaChance had 14, and Luke Kornet and James Siakam added 10 apiece as Vanderbilt improved to 5-1.

La Salle’s Jarrell Wright led all scorers with 19 points, but the Explorers fell to 4-2 with their second loss in as many games. Steve Zack added 11 points.

Vanderbilt turned its 30-20 halftime lead into a 17-point advantage (45-28) after Kornet’s left-wing 3 4:14 into the second half. La Salle wouldn’t get closer than 12 the rest of the way despite shooting 43.1 percent from the field.