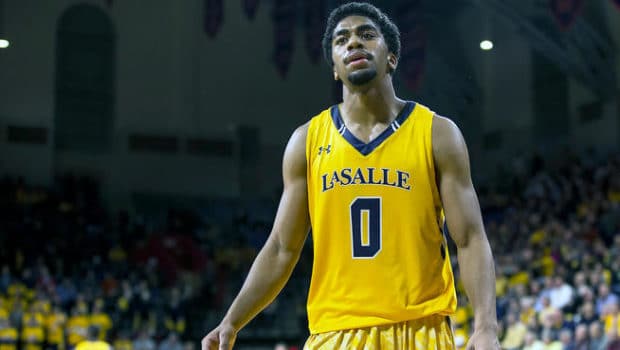 The Tigers (7-1) face Manhattan in today’s championship game while the Explorers (4-4) meet Holy Cross. This is the first time regular season college games have been played in Europe.

There were 11 ties and 13 lead changes and neither team had a double figure lead.

Pookie Powell, who had 13 points, pulled La Salle into a tie at 58 with a free throw with 3:01 to play. Eddie Keith II answered with a reverse layup for the Tigers and then Brian Starr had a shot-clock beating deep 3-pointer from the right wing to make it 63-58 with 1:13 to play.

B.J. Johnson, who led the Explorers with 24 points and nine rebounds, hit a baseline jumper with 54.3 seconds to play but that was La Salle’s only basket in six attempts in the final 2:21. Martin sealed the game with four free throws in the final 22 seconds.