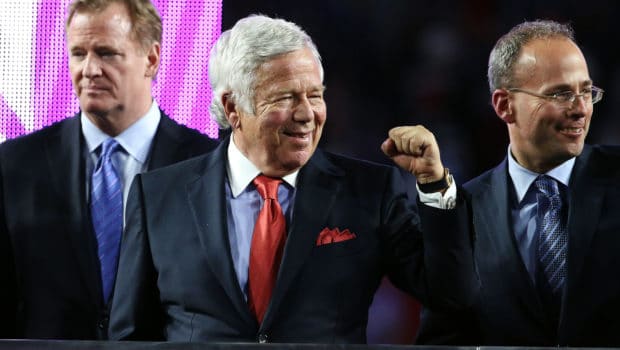 A Florida judge has delayed the trial of New England Patriots owner Robert Kraft on a misdemeanor charge that he paid for sex acts at a massage parlor.

Judge Leonard Hanser has agreed to postpone the trial indefinitely while prosecutors appeal his decision blocking their use of secretly shot video.

The footage allegedly shows Kraft twice engaging in sex at the Orchids of Asia Day Spa in January.

Hanser ruled last week that Jupiter police did not take enough precautions to avoid invading the privacy of spa customers who only received legitimate massages.

He said that under previous court rulings that meant the videos’ use had to be blocked.

The 77-year-old Kraft has pleaded not guilty but issued a public apology.