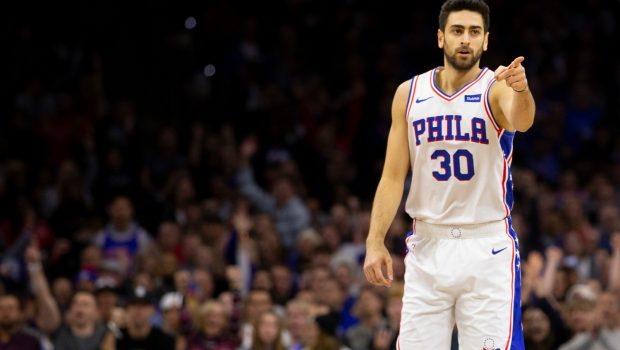 KORK GOES OFF AGAIN AND SIXERS MAKE IT 24-2 AT HOME!

Furkan Korkmaz scored 31 points, his second straight 30-point explosion, Joel Embiid had 28 points and 12 rebounds and the Sixers beat the Chicago Bulls 118-111 to improve their NBA-best home record to 24-2.

“I’m just trying to play my best basketball, and my strongest part of my game is shooting,” he said.

The 76ers acquired wings Glenn Robinson III and Alec Burks at the trade deadline. Although it appears otherwise, Korkmaz says it’s just a coincidence that he’s had the best two games of his career on back-to-back nights since the trade.

“It’s not really about that,” he said. “It’s just trying to help the team on the court. I’m trying to put the team first. I’m really happy I’m helping my teammates.”

Embiid put the Sixers ahead for good early in the fourth, breaking a tie to start the period with a short jumper and follow dunk that made it 87-83 with 11 minutes left. The 76ers kept the lead the rest of the way — although it wasn’t exactly easy against the plucky and undermanned Bulls.

Chicago got within two points twice, but the 76ers finally got some breathing room on Tobias Harris’ 3 that made it 104-95 with 6:22 to play. Korkmaz put it away with a two-possession sequence where he hit a 3-pointer and followed with a one-handed dunk that pushed him over 30 points for the second straight contest and made it 111-101 with 3:57 left.