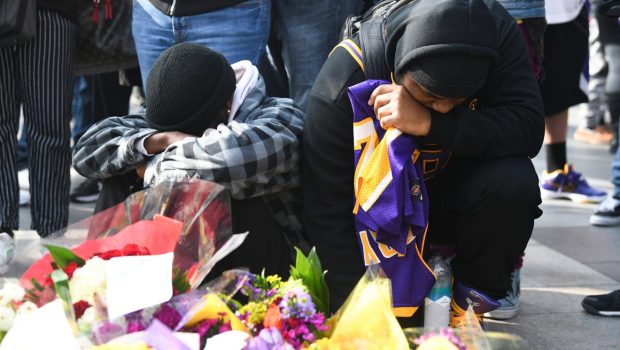 The Sikorsky S-76B helicopter that Kobe Bryant and his daughter Gigi and seven others were attempting to ride the roughly 90 miles from Orange to Ventura Counties was “like the Cadillac Escalade” of choppers, recalled Kurt Deetz, a former pilot for Bryant.

That model is a sleek craft with dual engines equipped with “all the bells and whistles,” Deetz told USA Today.

Yet it lacked a key safety feature: a terrain awareness and warning system, TAWS, a National Transportation Safety Board official said yesterday. The NTSB had recommended it be required on large passenger-carrying choppers after a Texas crash in 2004, but that never happened.

The remains of the retired NBA superstar, his 13-year-old daughter and the others have now been recovered. Their relatives have been notified, Los Angeles County authorities said.

NTSB investigators finished collecting evidence yesterday, hauling wreckage out on helicopters in large white bags to be trucked away from the 600-foot debris field. While the cause is it yet to be determined, the thick, gray clouds that obscured much of the area Sunday are being scrutinized as a possible cause.

“We are not just focusing on weather. We are going to take a broad look at everything around this accident,” said Jennifer Homendy, the NTSB board member leading the investigation.

Was pilot Ara Zobayan flying too fast, more than 150 miles per hour, and too low in moments before the crash?

Had he become lost?

Did the helicopter, despite all of the safety features built into it, incur a mechanical failure?

From that, they know that the helicopter was flying using visual reference, tracking along the Southern California’s maze of freeways beneath them at about 1,400 feet.

Near Burbank, California, about halfway through the journey, Zobayan was granted permission to fly at less than what is considered minimum visibility — three miles with a ceiling of 1,000 feet. The copter fell below levels needed for radar tracking.

It rose to 2,300 feet then began a left descending turn before barreling into a steep mountain slope at a high rate of speed, impacting intact with such force that it left a crater and scattered wreckage over a wide area. The copter came to rest 1,085 feet above sea level, about 30 feet below the crest of the hill where it struck.