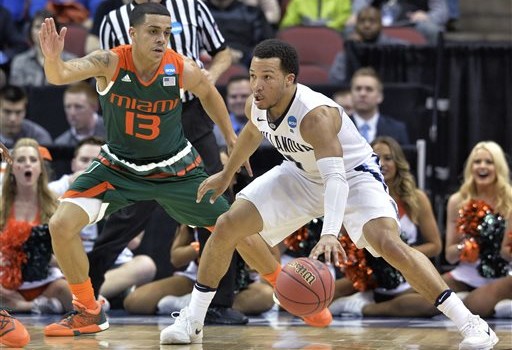 Villanova fans, breathe deep: Josh Hart is back and Jalen Brunson (above) will be running the show. Ah, who are we kidding? The Wildcats’ just won the national title in insanely thrilling, cathartic fashion; we can only assume the past two months have been one extended deep breath of Sting-level tantric proportions.

Still, Nova’s shot at repeating as the national champs — even without lynchpin seniors Ryan Arcidiacono and Daniel Ochefu — improved dramatically when Hart announced his return on May 24. Despite his bright-lights performance in the NCAA tournament, the importance of Hart’s contribution to the Wildcats all season long was never fully appreciated; he was not only an efficient scorer but a positionally flexible defender whose rebounding made Kris Jenkins’ outside-in style work.

Add up Hart’s return, the roster he returned to, and the trajectory of Jay Wright’s program in the past four years, and the output feels obvious: It would be naive to consider the Wildcats anything but a serious threat to repeat in 2016-17.