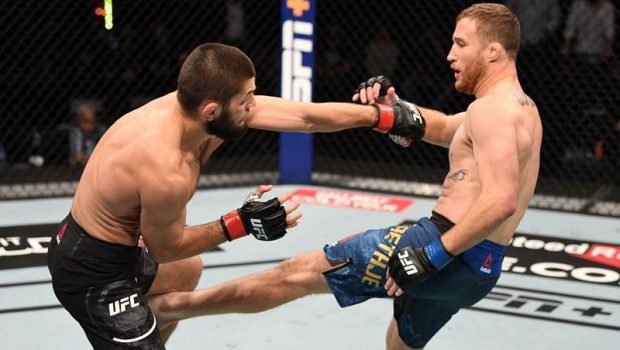 Khabib Nurmagomedov, one of the best fighters in mixed martial arts history, submitted Justin Gaethje via triangle choke at 1 minute, 34 seconds of the second round in the main event of UFC 254 in Abu Dhabi, United Arab Emirates.

And he did it with a broken foot, according to UFC president Dana White.

This was Nurmagomedov’s first fight since his father and head coach, Abdulmanap Nurmagomedov, died in July from complications of COVID-19. And afterward, Khabib Nurmagomedov announced his retirement from mixed martial arts.

Nurmagomedov, 32, said his mother did not want him to compete without his father, but he told her this would be his last fight.

“I promised her this was gonna be my last fight,” Nurmagomedov said. “If I give my word, I have to follow this.”