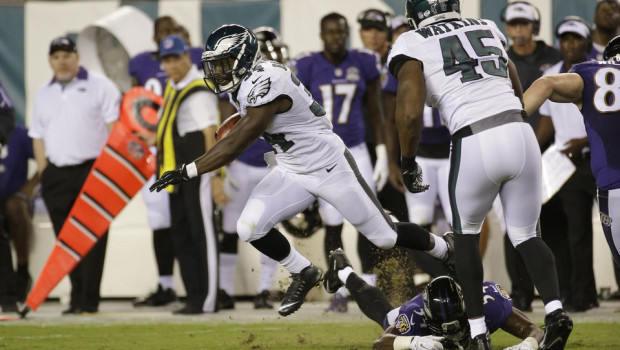 Remember all those blowhards who were baying at the moon about the Eagles getting rid of LeSean McCoy and signing free agents DeMarco Murray and Ryan Mathews to replace him?

By the way, Murray and Matthews looked like they were in mid-season form against the Ravens last night and McCoy is out with a hammy and may not make it back for the Bills’ season opener.

But it is Kenjon Barner, an Oregon product who was on the practice squad last year, who is having the great preseason.

Barner returned a punt for a touchdown for the second game in a row. This time it was a 68-yard sprint through the Ravens’ special teams unit.