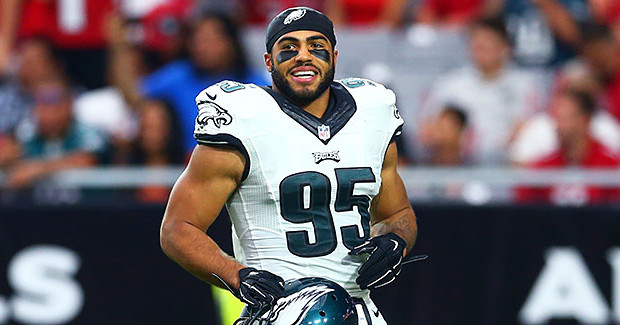 Eagles fans should be encouraged that both Mychal Kendricks (hamstring) and Kiko Alonso (knee) were taking part in today’s practice, a positive sign as both try to fight their way back from injuries.

Kendricks being back on the practice field for a second day in a row is a very positive sign for his chances of playing this Sunday night against the Carolina Panthers, as it shows his hamstring responded well to practicing Wednesday.

Speaking at his locker Wednesday, Kendricks said he has had to fight the urge to come back too soon.

“You are your own worst enemy in that situation, just listening to your competitive spirit that all of us in this room have,” Kendricks said, who hasn’t played since Week 4 against the Washington Redskins. “Wanting to get back and play football. (But) it could end up in a situation, like me, where you end up hurting yourself again.”