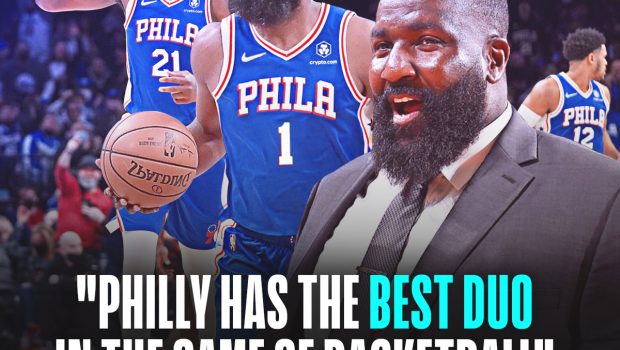 In case you slept straight Thursday, here’s what happened:

The Nets wanted a big haul for Harden, and they got it. Meanwhile, Harden got his wish and set himself up for a big payday in the process.

As part of the deal, Harden opted into his $47.3 million player option.

After the 2022-23 season Harden will become the first NBA player to make $60M in one season.

Harden was already interested in signing with Philadelphia this summer but would’ve lost roughly $70-100 million if he simply walked in free agency.

The Nets recoup two of the four first-rounders in their original 2020 deal for Harden.

If it seems like Philly gave up too much, they did not.

Daryl Morey got a future Hall of Fame guard in Harden for what essentially is Seth Curry and back-up center Andre Drummond.

Simmons was never come back to town and the two draft picks are basically pie-in-the-sky throw-ins.

The Sixers are just 2 1/2 games back from first — and more importantly, they’ve managed to offload Simmons, who hasn’t played a single game this season after a fallout with the organization.

And now, Joel Embiid has a certified superstar helping him out — even though the former MVP is having the second-worst shooting year of his career (41.4%) while leading the league in turnovers per game (4.8).

The Nets now have two of the five best three-point shooters all-time (Curry, Joe Harris) — and actually saved money in the deal, cutting their luxury-tax payment by roughly $15 million.